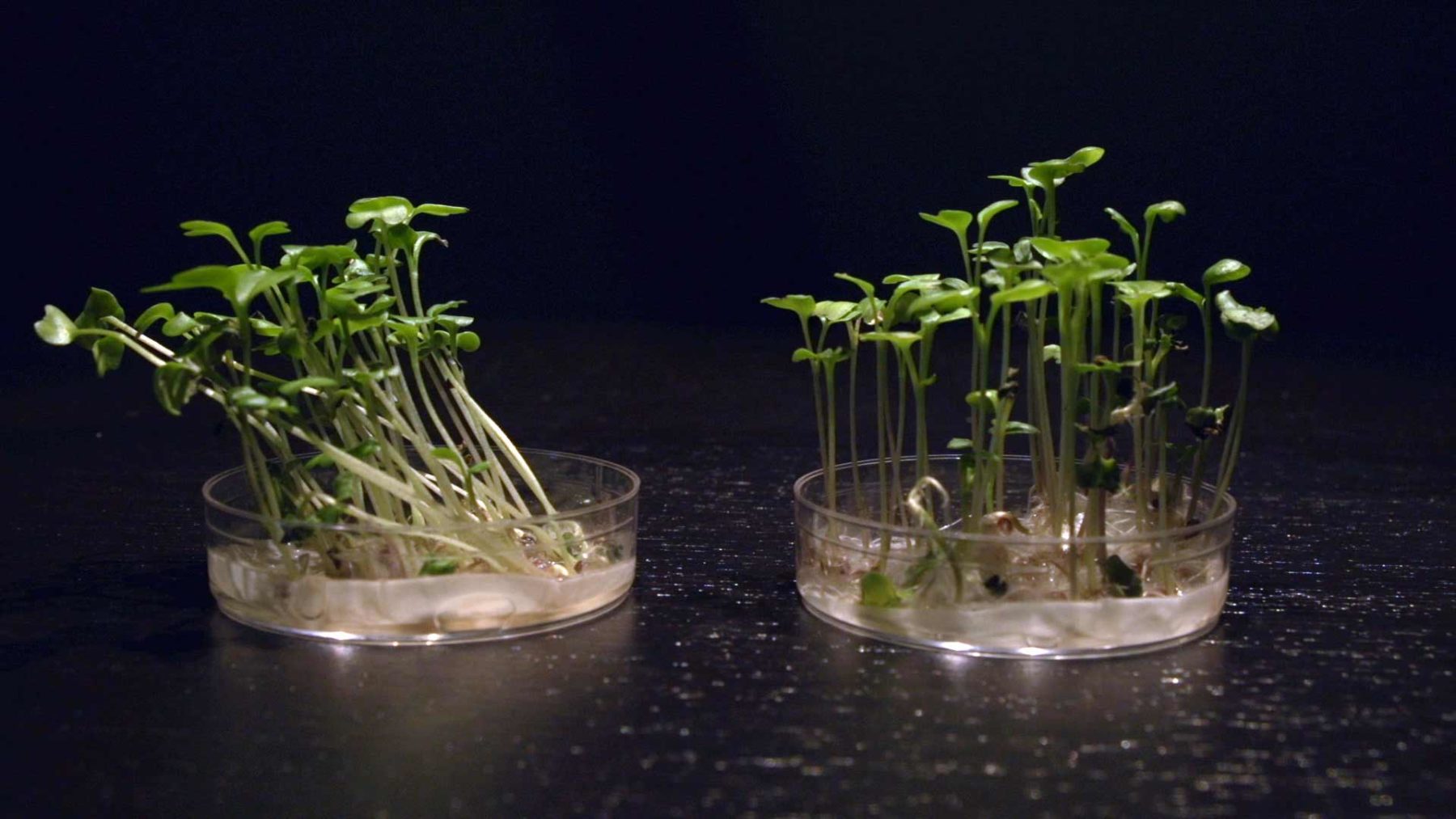 Sprouts grow away from Wi-Fi

We tested the effect of Wi-Fi radiation on the germination and growth of four agricultural species:  pea, broccoli, garden cress and red clover.  In the  image above, broccoli sprouts are seen growing away from the Wi-Fi radiation (left).  The control plants on the right where placed in a “clean” room with no electromagnetic radiation and are seen growing normally.  The light source was identical for both exposures.  This photograph was taken on day 28 of exposure. 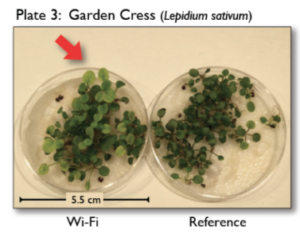 Red clover In Plate 4, was the only species that developed fungal growth among the seedlings exposed to Wi-Fi radiation, suggesting that the plants have a weakened immune system and are unable to ward off the fungi.  We found similar results with other species and found fungal growth only among the plants exposed to Wi-Fi.  Note temperature, humidity and light were all identical in the two exposures. 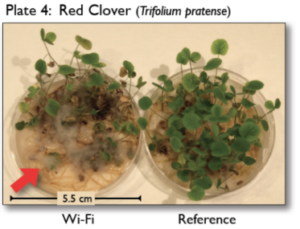 This research has been published in a peer-reviewed journal and is available for free.