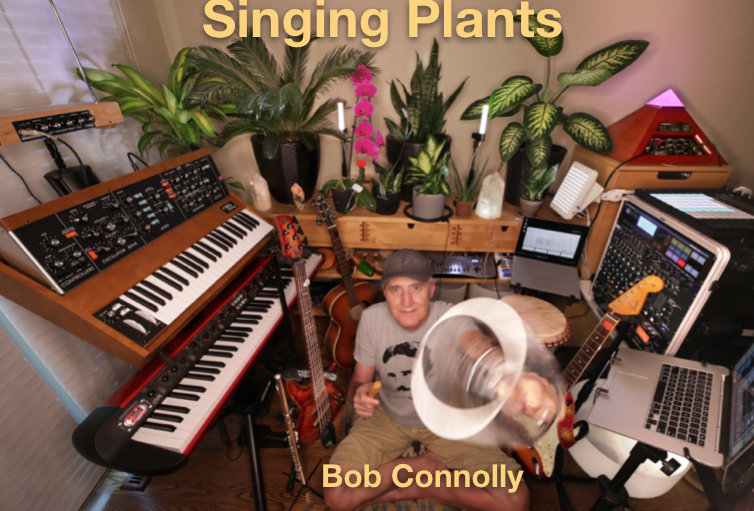 The Story of the Singing Plants Begins …

Bob Connolly is a documentary producer and is in the process of filming the effects that electromagnetic fields have on plants, animals and humans.   We were working one night at the ROSE lab learning how to use a professional lie detector I had purchased from Limestone Technology Inc., now located in Kingston, Ontario.

I work with people who have developed sensitivity to electromagnetic energy and part of my research is trying to figure out how to diagnose their reactions objectively. I have had considerable success in this area already and found that among diabetics, a rapid change in blood sugar (either up or down) with a change in their electromagnetic exposure is one test that doctors can use in their practice. If they are sensitive their blood sugar will change within 20 minutes.  If they are not sensitive their blood sugar will remain stable. See science publication and youtube video.

I also found that this radiation affects the heart, the blood and the autonomic nervous system that can be measured objectively.

I purchased the lie detector because it measures stress.  When someone lies his/her body reacts by sweating, among other reactions like a more rapid heart rate, etc.  Work by Dr. Martin Blank and others, shows that stress proteins (also known as heat-shock proteins) increase when the body is exposed to electrosmog.  So the body is stressed and I wanted to know if we could measure that stress using a lie detector.

When you use a lie detector, you attach electrodes to the palm of the hand and measure changes in electrical potential across the two electrodes.  Sweaty palms are more conductive than dry palms and so there is an increase in the electrical signal that is converted into a spike on the computer screen (previously paper was used and a pen would move up and down with changes in electrical activity).

In our case we would NOT ask a person questions but rather expose him/her randomly to different types of electromagnetic pollution in a blinded fashion to see if there was a change in their conductivity and hence their stress level.

While we were experimenting with the polygraph machine, we decided to see if we could get a reaction out of one of my houseplants. We, attached electrodes to a snake plant and then watched for a reaction on the computer screen. 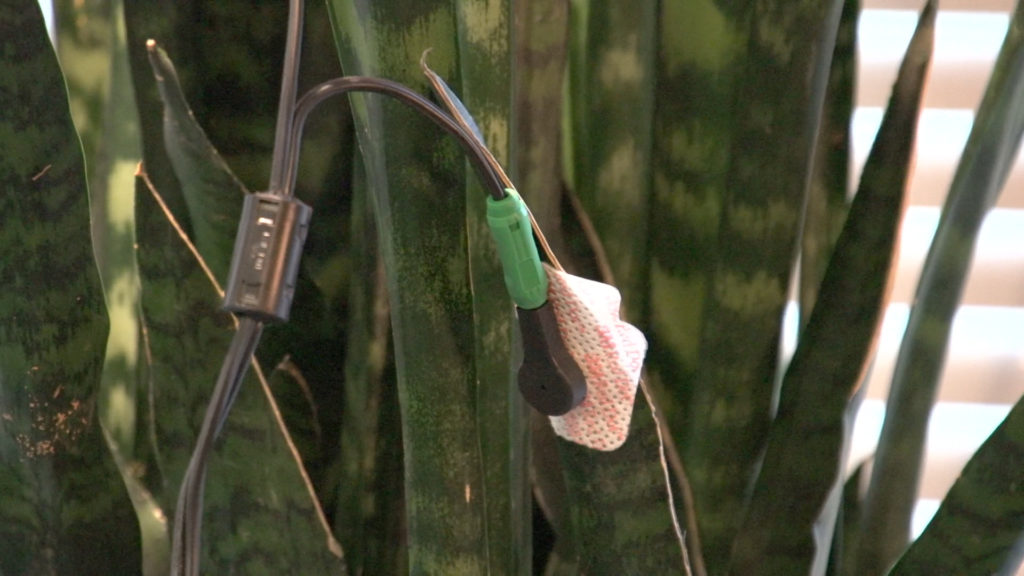 Bob decided he would “scare” the plant by shouting “boo” at it and moving his hands quickly in its direction.  The plant responded and a signal was generated.  We just looked at each other in amazement. 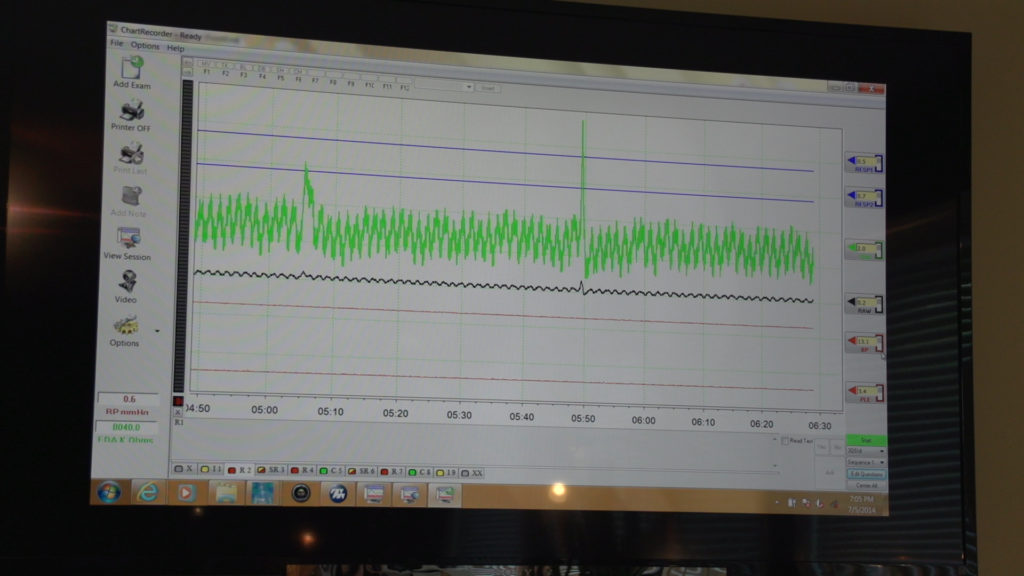 Bob repeated the process and this time the response wasn’t as strong.  The third time Bob tried to “scare” the plant it barely responded.  It was as though the plant was saying, “I know you aren’t going to hurt me.”

We then watered a different plant in the same room at least 2 meters away. Once again, the snake plant responded during the watering.  It was as though it realized we were helping one of its neighbours. 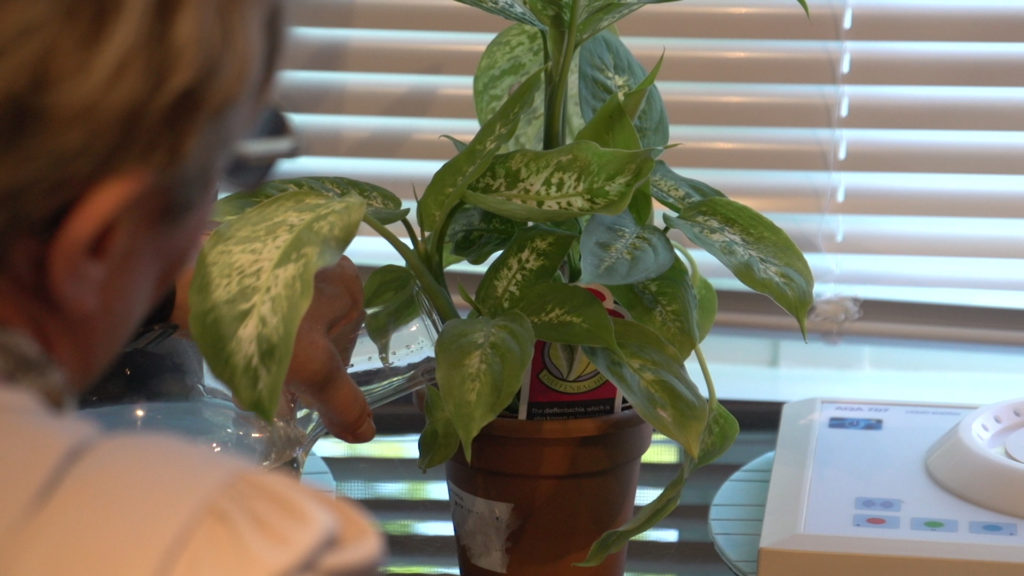 I will write about this in more detail later but just want to say that we did many tests to ensure that it was really the plant and not the electrodes that were responding.  We attached the electrodes to glass, wood, metal but couldn’t get a response. We got a response only when we attached the electrodes to plants.  We tested a number of different plants and they seemed to respond differently as though they had different personalities.  I know that I am “humanizing” these plants but it is the best way for me to explain what I believe is happening.

Bob got the bright idea that instead of converting the signal to a waveform on a computer screen, it would be interesting to convert the visual signal into a sound.  He contacted Limestone Technologies and asked if they could design an interface that could convert the polygraph signal to audio.

Fortunately, the company employed a computer programmer that understood what Bob wanted and provided us with a MIDI, Musical Instrument Digital Interface, where we could select the sound of a musical instrument that we wanted the plant to play.  It could be a piano, an organ, a violin, even a human voice … choices were virtually endless.

Thus began our venture with the “singing” plants.

We hooked up four house plants and listened to the sounds they produced. Sometimes they “played together” and sometimes they were silent with one plant playing “solo.”  The sounds the plants produced were melodious and we showed them to friends who were amazed.

I loved the random sounds the plants would play but Bob was more discerning as he is also a musician and this was an ambient type of music without form or structure, at least not to his ears.   Also, sometimes the plants refused to play.  So Bob experimented by watering the plants with magnetized water, and shining special medical lights on them for weeks and then months and then years.  He found that they responded to crystal singing bowls and he could conduct them by playing it (making the bowl vibrate) or by moving it up and down or towards and away from the plants.  Small crystal bowls could be used to conduct one plant at a time and the larger crystal bowls were used to conduct the entire “band”. 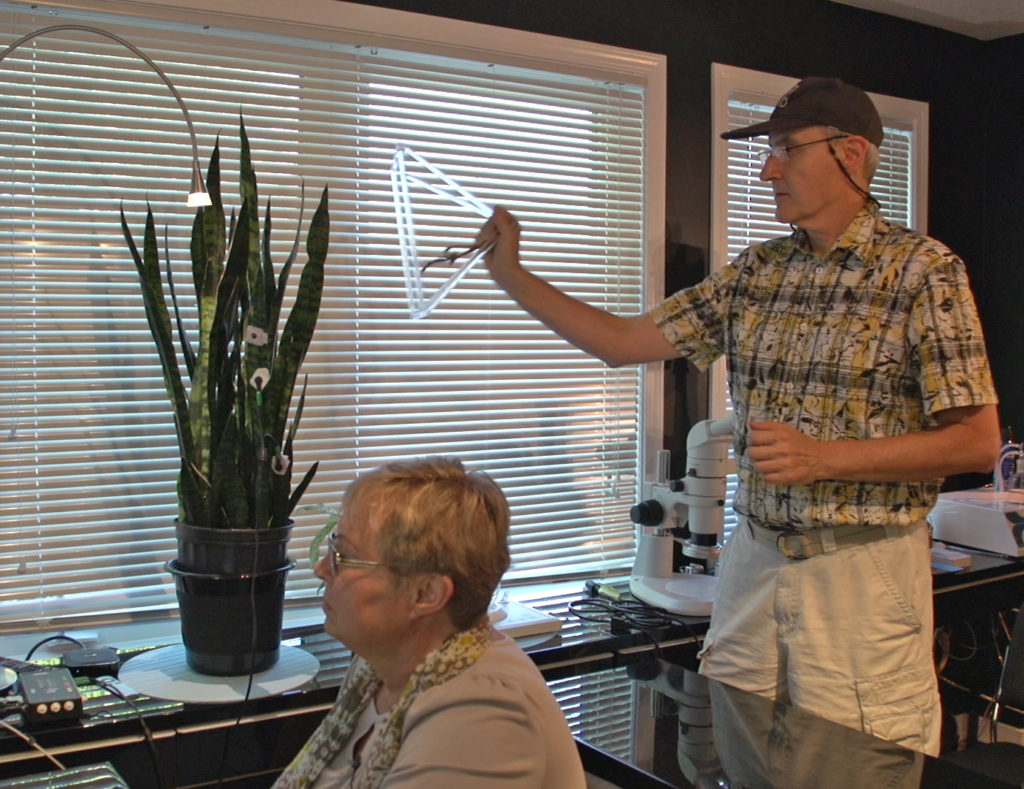 We took an aloe plant to a health convention in Toronto in 2014 and set up a booth to watch how the plant responded to the attendees.  It played for some but not for others. Some people seem to have a greater affinity for plants and the plants may recognize this.

Bob is now finishing up his documentary, called Tesla’s Medicine: Healing Fields, and is using some of the music that his plants produce as the soundtrack for the film.   I recently got together with Bob in his studio and recorded one of the plants, an Aloe Vera plant that I call Vera.

I have been having a hard time falling asleep and needed some help.  I thought that Vera – The Aloe Plant – could provide some soft background plant music and so we recorded a 38-minute session of soft, gentle music that I could listen to before I went to bed.  As we were recording the music Bob and I sat in front of Vera mediating and sending her healing, loving energy.

Aloe plants are known for their healing properties and I felt that whatever music she played, perhaps it would also be healing.  Bob actually dozed off during the recording. 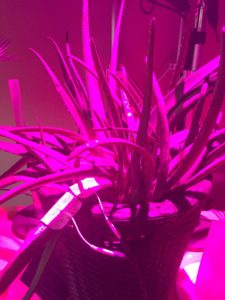 At first I used the crystal bowl to “direct” her but then I realized she preferred to play on her own without any direction.  The only additional thing we did was to shine a magenta light on Vera while she played.  Plants like a combination of blue and red light as this is what their chlorophyll absorbs from the sun.

The following is a 38-minute audio recording (37.3 MB M4A audio file) that we want to share with the world.  It is available as a free download by clicking here (37 MB).

The recording can be used while you meditate or as background music while you work.  It can be used to help calm your mind before or while you sleep.  The music is in stereo and can be listened to with headphones.

At this stage we are interested in getting feedback about this recording.

Enjoy the music and let us know what you think.

Send you comments to:  [email protected]

Disclaimer:   We are not the first to have singing plants.

The first person to hook plants to a lie detector was Cleve Baxter/Backster, a CIA polygraph expert in the U.S.  He wrote a book about his experience with plants called, Primary Perception:  Biocommunication with Plants, Living Foods and Human Cells.   It’s well worth reading.

Damanhuris a community in Italy where they have been experimenting with plants since 1975 and have singing plants in their forest.

Watch also, Electrical experiments with plants that count and communicate, a Ted talk with Greg Gage.