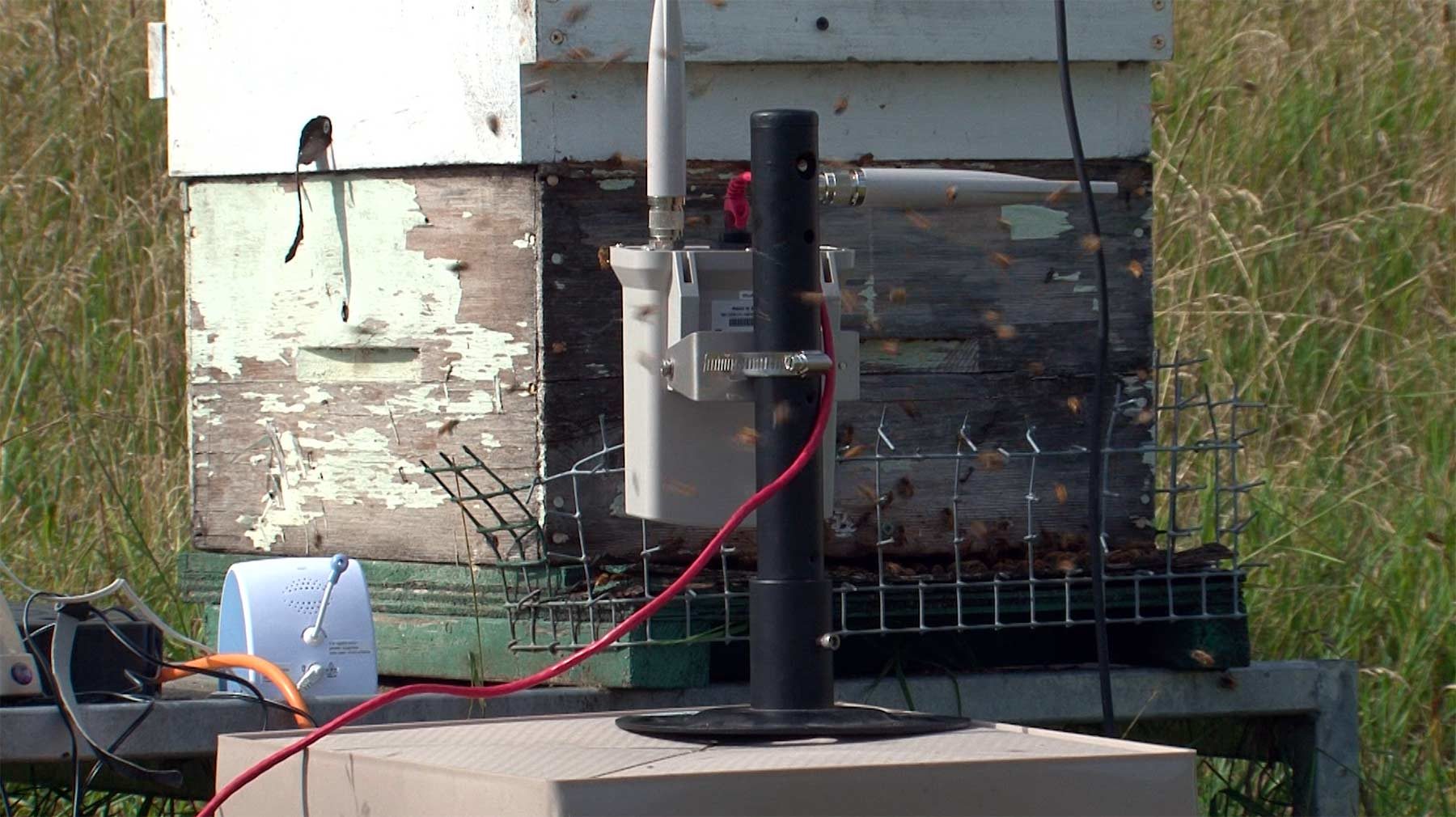 A cordless phone, Wi-Fi transmitter and a wireless baby monitor are used to test if bees are affected by microwave radiation. When the devices were turned on, the bees slowed down and looked lethargic and  disoriented. When the radiation was turned off, the bees flew out of the hive and began to swarm.  They became very aggressive and attached people, a farm dog and even the swallows that were flying overhead.  Bees at a nearby hive, protected from the microwave radiation, did not react in any unusual way.