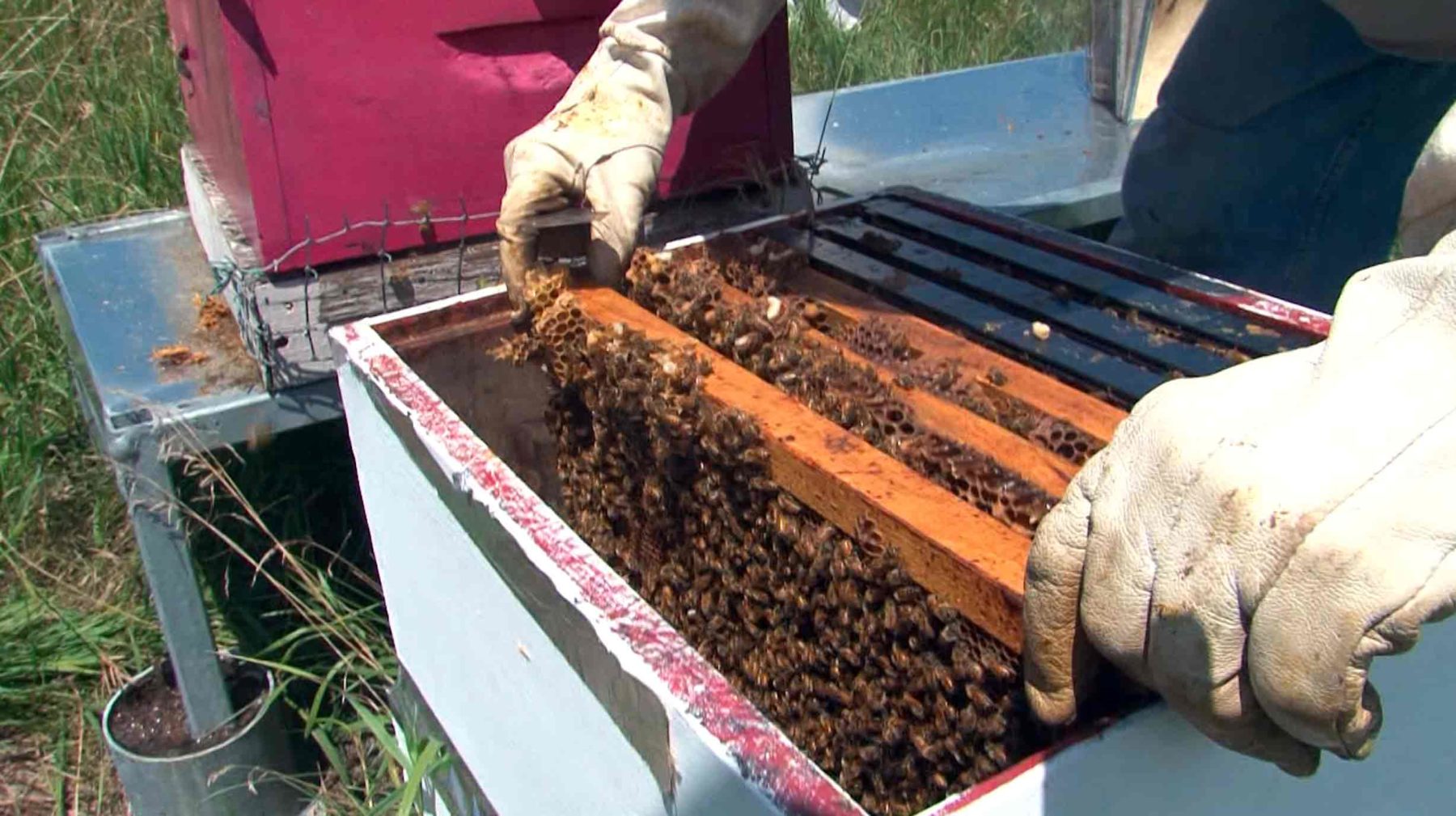 The photograph above shows bees swarming from a hive exposed to microwave radiation (Wi-Fi router, cordless phone, wireless baby monitor) as soon as the radiation was turned off.  Nearby hives not exposed to the radiation did not behave in this manner.

Honey bees are suffering from CCD (Colony Collapse Disorder) that has been attributed to some combination of pesticides and genetically modified crops that makes them more prone to pathogens including bee mites.   The consequences are that few bees are able to overwinter successfully and are either dead or have disappeared from the hive by early spring.  This is a serious global phenomenon that can adversely affect agricultural crops as well as the supply of honey, pollen, and bees wax.

There is some evidence that radiation from wireless technology may also be adversely affecting the bee population.   In one study, fewer bees returned to a hive that was exposed to radiation from a  mobile phone.  Since bees use the magnetic fields of the earth to navigate it is possible that this radiation interfered with their ability to navigate.